Creating a Laravel application ~ part I of Laravel API Setup. 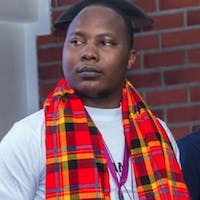 Subscribe to my newsletter and never miss my upcoming articles

Decided to start a Laravel development article series on setting up a new Laravel project - the way I personally do it. The articles will be beginner-friendly while focusing on the technical aspect of it. You can skip this first article if you're an experienced developer or you can skim through to understand the genesis of these articles series. Finally, if you want to get notified whenever I publish a new article then go ahead and subscribe. I assume you have a basic understanding of PHP and you've used Laravel before and you've set up your development environment.

to install it globally in your computer.
Now to create a Laravel application with Laravel install, just run

make sure you replace appName with the name of your application. You can also clone the Laravel official repository on Github to get started but I won't cover that.
Great, now let's

into our application directory. As a side note, the application I am going to build throughout this series is called Africa Data API.

You can use your favorite git service provider, throughout this series am going to use Github. So, sign in to your git service account or sign up if you don't have an account yet and create a private or public repository. If you've not used git before then I would recommend you stop reading this article and learn git basics because I am going to use git. Once you've created the repository, switch back to your project directory, and open the terminal.
Run

This command will create a new empty repository in your application directory.

This is our first commit, the command adds a commit with a commit message. It is good practice to add a meaningful commit message every time you're committing your work and commit more often after a major or a minor development change.

This command simply changes the default repository to main instead of master. More on Github repository default branch renaming

git remote add adds a remote git repository. origin is the name of remote it can be named anything else but it is the most commonly used or the most recommended default remote name, project-github-repository-url is the repository ssh or HTTPS URL for your project.

This command pushes your commits to your remote repository which is origin and to the specified branch which is main in our case, -u flag sets the main branch in origin remote as upstream branch.

That's it for the first article stay tuned for the next article or follow me on twitter for updates. You can find the application code here github.com/marvinhosea/africa-data-api.

We're building devs.africa and you can join the waiting list in case you plan to hire developers from Africa or get opportunities and resources as a developer.